The leader of the Islamist Ra’am party reportedly told other coalition leaders on Friday that one of his party members would not vote next week for a bill seen as a crucial test for the government in jeopardy.

Ra’am’s Mansour Abbas said he could not convince Knesset Member Mazen Ghanaim to vote in favor of the bill to renew the application of Israeli civil and criminal law to settlers in the West Bank, the report reported. Kan public broadcaster.

“I don’t see how I can get Mazen Ghanaim to vote to support the legislation,” Abbas told other coalition leaders.

If one of the coalition lawmakers does not vote in favor of the legislation, it could leave the coalition struggling without the required parliamentary majority to pass the bill. Ra’am did not say how he will vote, but reports said Abbas is negotiating his party’s support.

The coalition has been on the ropes since Yamina MP Idit Silman resigned in April, stripping the government of its parliamentary majority. Prime Minister Naftali Bennett’s coalition has teetered from crisis to crisis since then and appears to be heading for collapse.

The coalition, an amalgamation of right-wing, centrist and left-wing parties plus Ra’am, has walked a tightrope since coming to power last year as it seeks to balance the disparate priorities of its parties.

Abbas sounded pessimistic about the Settlement Bill’s chances of passing during Friday’s conversation with other coalition leaders, in part because he suspects Meretz MK Ghaida Rinawie Zoabi, may not support the legislation, the Kan report said, citing senior coalition officials.

The left-leaning Meretz party has pledged to support the bill, but Zoabi did not say how she will vote. Meretz’s support for the bill left Ra’am as the lone holdout in the coalition. Ra’am has been tight-lipped about how he will vote on the bill, but generally opposes settlers who are granted rights denied to Palestinians.

Kan reported that Ra’am wanted guarantees that Zoabi would support the bill, and that Abbas was unwilling to face fallout from his constituents for backing the measure, if passage could not be guaranteed.

Tensions between members of Ra’am and Zoabi, two Arab lawmakers who prioritize Arab community issues, have been rising over the past two weeks, sources tell Ra’am.

A Ra’am official said in a closed meeting that Zoabi “gives us credit for the processes that we put forward on our own,” Kan reported. The Knesset Finance Committee authorized the transfer of 740 million shekels ($220 million) in pre-approved funding for the Arab community late last month after Ra’am froze cooperation with the government for several weeks, then returned to the fold.

Zoabi briefly resigned from the coalition last month over what she called a rightward shift in government, before being reintroduced, reportedly with funding for hospitals in Nazareth.

Even if Ra’am agrees to the settlement legislation, the coalition only holds 60 of the Knesset’s 120 seats — not enough to approve the measure if all opposition lawmakers vote against it.

Channel 13 reported on Friday that Abbas was willing to back the law, but only if the coalition could guarantee success by getting Silman to back the bill, which would give them a 61-seat majority. A Thursday report said Silman planned to oppose the measure.

A senior coalition official criticized Ra’am for not backing the bill on Friday.

“Their conduct shows the Jewish public that it will not be possible in the future to establish a coalition with the Arabs,” the official told Kan.

The settlement bill is being led by Justice Minister Gideon Sa’ar, who has warned that the government’s future could hinge on passing the technical but controversial bill. 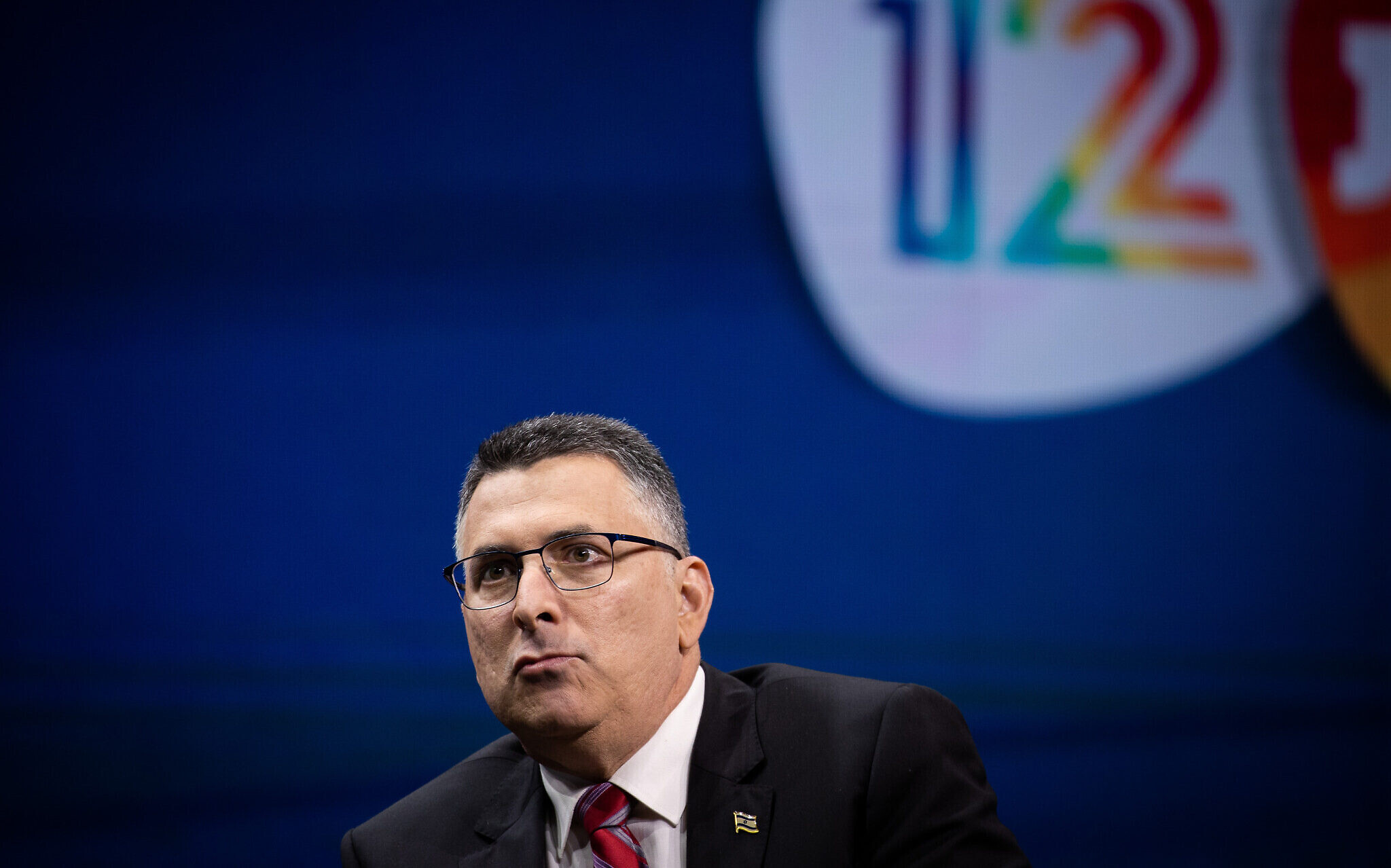 Gideon Saar, leader of the New Hope political party, speaks at a conference in Jerusalem on March 7, 2021. (Yonatan Sindel/Flash90)

The bill seeks to renew an emergency measure extending Israeli criminal law and some key civil laws — such as income tax and health insurance — to Israelis living in the West Bank. Although Israel has not annexed the West Bank, the measure ensures that settlers living there are treated as if they were living in Israel in most cases, without extending those same legal arrangements to Palestinians.

Originally enacted in the aftermath of the 1967 Six-Day War, the law remains an “emergency measure” which must be renewed every five years. Last adopted in 2017, it is due to expire at the end of June.

Saar, whose right-wing party supports settlements and opposes the creation of a Palestinian state, said Wednesday that unless the measure passes, Israeli settlers will be subject to Israel’s military justice system, which is based on Jordanian law. He said such a situation had never happened in Israel’s history and warned of “chaos” in the West Bank if the bill failed.

While the right-wing religious bloc led by Likud in the opposition supports the renewal in principle, it has pledged not to vote with the coalition to pass it, having pledged to oppose any government-sponsored legislation, whatever its content, in its attempt to bring down the government.

The Arab-majority Joint List party, which is in opposition but not aligned with the right-wing religious bloc, said it would oppose the measure. 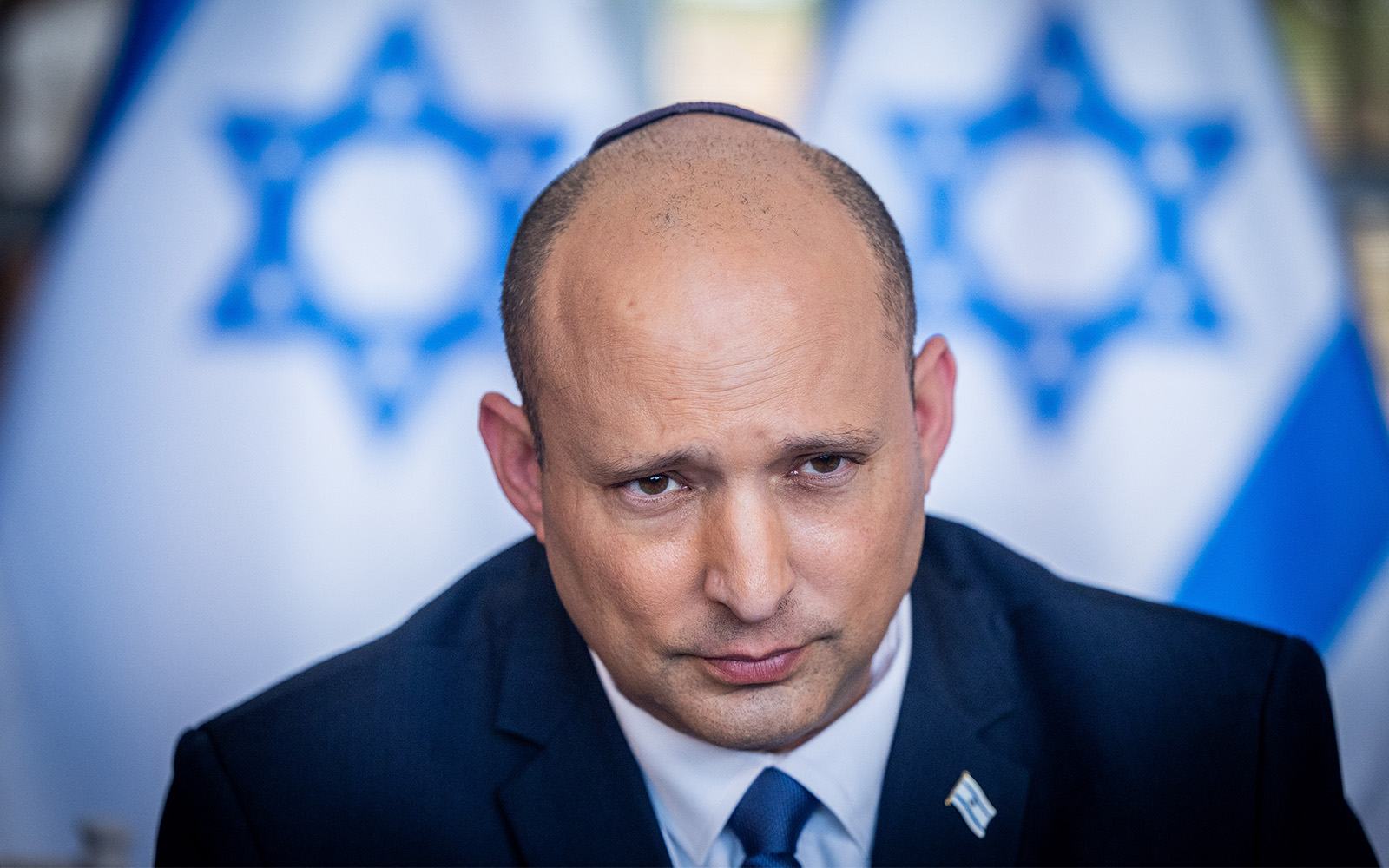 The coalition’s latest crisis comes as the government struggles to survive and the specter of new elections and the threat of opposition leader Benjamin Netanyahu looms on the horizon.

Recent reports claimed that Sa’ar had held talks with Netanyahu’s Likud party with the aim of forming an alternative Knesset government. Saar has repeatedly denied the talks.

According to a poll released last week, the Netanyahu-led opposition is gaining traction with voters and getting closer to winning a majority in the Knesset.

The Channel 12 survey also revealed that most Israelis believe the current government will collapse within six months and that more Israelis back Netanyahu for prime minister than any other candidate.

Bennett issued an unusual open letter to the Israeli public on Thursday, a year after his coalition was formed, calling for support to keep the shaky coalition on its feet in the interest of political stability and a properly functioning government. Much of Bennett’s message criticized Netanyahu and his allies and warned against their return to power.

You are a dedicated reader

We’re really glad you read X Articles from The Times of Israel over the past month.

That’s why we started The Times of Israel ten years ago – to provide discerning readers like you with must-read coverage of Israel and the Jewish world.

So now we have a request. Unlike other media, we don’t have a paywall in place. But since the journalism we do is expensive, we invite readers to whom The Times of Israel has become important to help support our work by joining The Times of Israel community.

For just $6 a month, you can help support our quality journalism while benefiting from The Times of Israel WITHOUT ADVERTISINGas well as access Exclusive content only available to members of the Times of Israel community.

Thanks,
David Horovitz, founding editor of The Times of Israel